The value of facts versus hearsay

We all really want to work with facts. Hearsay and rumour can be diverting and unhelpful, but if used with caution can provide valuable guidance to improving your system. When should you rely on facts and when can you use rumour and hearsay in your management system?

After reading an article today claiming that Julia Gillard, the Australian Prime Minister, had taken an incredibly hard line with immigrants, I became suspicious. I checked the claimed quotes. Some of them were rumoured to be attributed to John Howard years ago. There was also nothing in the recent press about these comments. At this point I knew they were a hoax, but over 85,000 people had supported the rumour via social media. It got me thinking.

Get to the facts

As auditors, as managers, as management system developers, as record keepers, as management consultants we can never rely on rumour or hearsay to inform our decisions. We must always be mindful to get to the facts. Only with the facts can we make informed decisions and hope to move our business in the right direction, but rumour and hearsay can help us.

Rumours and hearsay can be very useful. They can lead you to problems and potential improvements that may never have been uncovered by your traditional factual information sources.  Being part of that chat at the coffee machine may provide you with the most useful piece of information you receive all week.  This is the reason why successful managers keep an open, two-way dialogue with their workers.

Being too hasty with rumours and hearsay can lead to problems.

So let’s put this in some kind of context.

As you can see acting on rumour and hearsay before properly investigating an issue can have damaging repercussions.

The trick to managing rumours and hearsay is to be open to them, but to never act on them until you have investigated and determined their accuracy (ie turned them into facts).  Once you have the facts the company can set about making changes in response.

The level of time and credence you give them should be based on risk (even if that assessment is only carried out in your head).  Someone who regularly spreads valueless hearsay should be at the bottom of your list of things to investigate, whereas a rumour from a sales administrator that your customer is unhappy should probably be at the top of your list.

And remember to adhere to the requirements of your management system facts that bring about a change should be recorded. All the following processes are established to record change

Why you need records

You might wonder what the record is for if you already have the facts and are responding to them.  The record establishes your path.  If, at some later stage, you decide to unpick your changes you will know what changes you made and why.  We all think we will remember, but we don’t.  What happens if the people that made the change are no longer work at the company?  You want the company to learn from the experience and ensure that it doesn’t have to learn the same lesson a second time.

The records also demonstrate to an auditor that your changes are given proper thought and consideration.

Don’t forget to review your changes as necessary.  Some of them might not bring about the improvement you had hoped for.  If you don’t review them, how will you ever know? 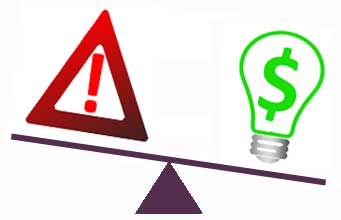